According to Facebook, reader engagement increases when content loads quickly, particularly on mobile. No doubt we can all use our own experience as anecdotal evidence that this is true! Faster loading, says Facebook, means more readers reading more stories. In their FAQ, Facebook says:

“[a]ny publisher — of any size, anywhere in the world — will be able to easily create fast, interactive articles and deliver a better mobile reading experience to people worldwide on Facebook.”

The way FIA works is this: As you publish a story on your site, you also publish an “Instant Article” version. This “shadow” copy is extremely lightweight, in part because of how Facebook is able to serve it (from their huge global network of servers), and in part because many elements of a standard website aren’t used: site navigation, sidebars, popups, and so on, are not included. 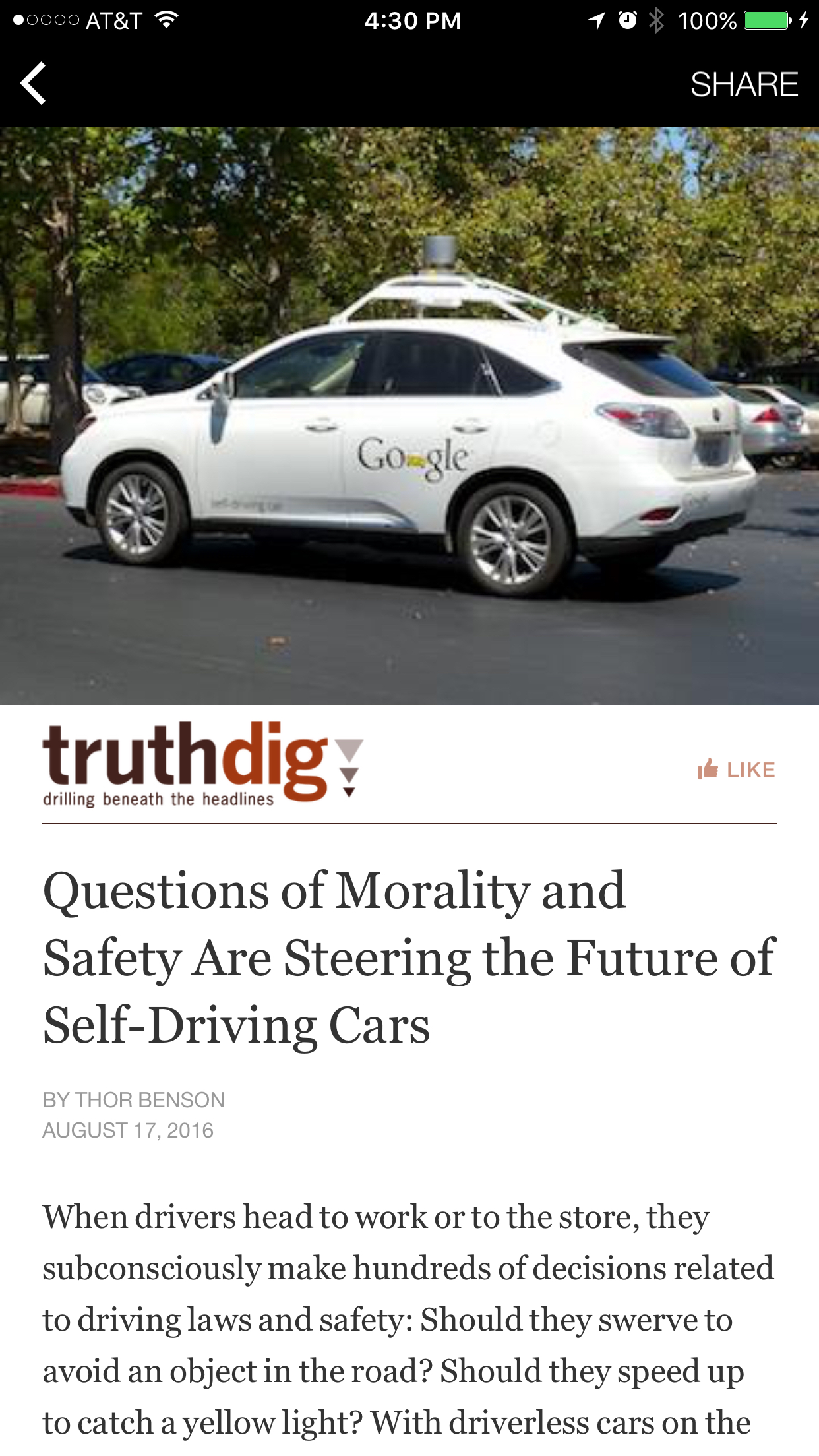 Here’s a screenshot of an FIA in action from our client Truthdig.com.

In practice, here’s how it works:

FIAs are for mobile only—Facebook users on regular old computer get the publisher’s website, not an FIA.

There are just a few steps to get started:

And that’s it—once you’re accepted, articles get updated as quickly as the RSS feed is updated, and there’s no limit to the number of articles a publisher can include. Stories can be somewhat customized with the publisher’s general look and feel, and publishers can include features like videos, maps, and other interactivity, depending on the content management system that they use.

It’s worth noting that creating an FIA does not publish that article to your Facebook feed automatically—that’s a separate process, and you’ll still be in control of which stories you share and when. Instant Articles are served when anyone (you or any Facebook user) shares an article from your site that has a matching Instant Article.

Advertising and traffic analytics aren’t overlooked, either. Publishers can still serve their own display ads (and keep all revenue), or they earn advertising dollars by using the Facebook Audience Network and splitting revenue with Facebook, or both.

Facebook also allows views of an FIA to be incorporated into analytics tools, like Google Analytics, which means publishers can measure those views in their usual traffic statistics. Additionally, using Facebook’s own tools, publishers can see how many viewers each article gets, how far down viewers scroll, number of shares, and number of clicks. 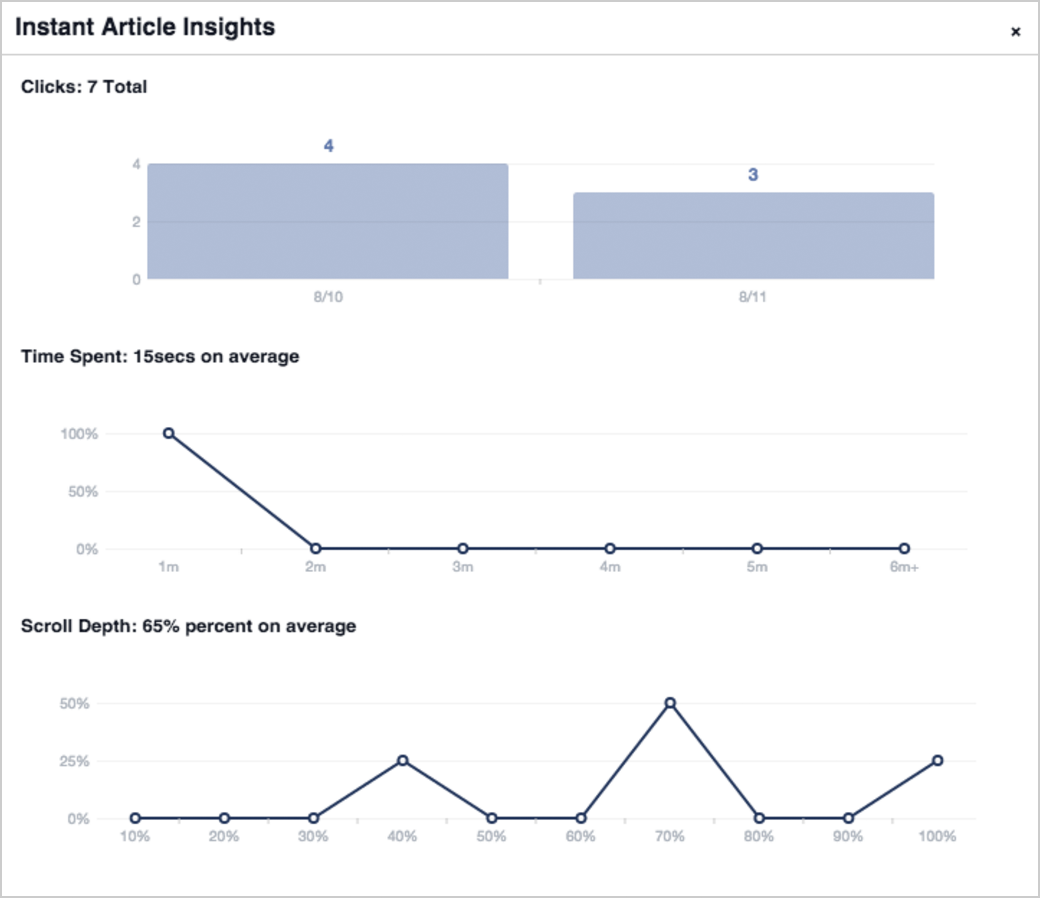 Facebook Instant Articles do appear to be a useful addition to a good web publishing strategy, but it’s worth paying close attention to the last couple of words in that quote I mentioned earlier:  “on Facebook.” All of the effort you put in to making Facebook articles efficient, unique, or to add special content—could also be put into making your general mobile site streamlined and fast to load. It’s a good idea to do FIAs, but it’s not a bad idea to make your website’s mobile delivery just as sharp.